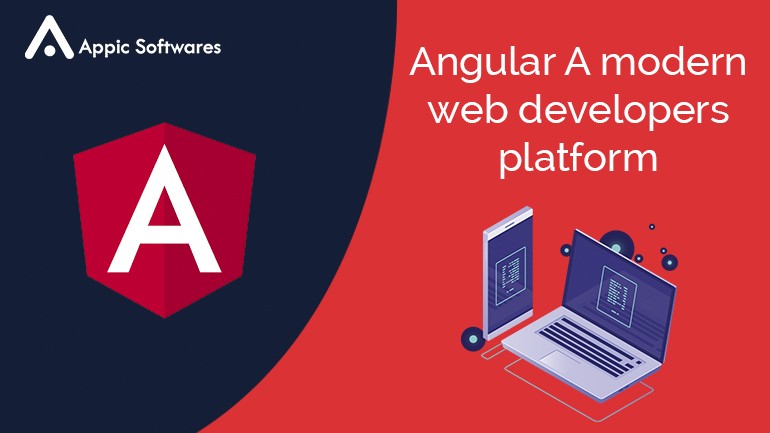 Why do developers need frameworks such as angular? Essentially frameworks like Angular make it easy for developers to go through the development process easily and saves the time consumed in writing codes from scratch. Developers can choose an extra  feature to speed up their work.

Let’s get a gist of the Angular development process. Angular was developed in 2009 and has various versions. The first version is called Angular JS or Angular 1 after which Angular 2, 3, 4, 5 were also introduced in the market. The latest version is Angular 11 which was launched on 11th Nov 2021. The most effective thing about Angular upgrades is that every upgraded version deals with the bugs, predecessor, issues more conveniently.

Angular provides development services built on typescript and google manages it. It builds scalable web applications including well-integrated libraries with abundant services; services that nurture client communication and interaction. It has developer tools which help in developing, building, testing and updating codes.

Typescripts are basically a set of scripts which are types of JavaScript. These scripts help to write Javascripts with ease. But it is not important that typescripts are crucial to develop Angular applications.

DOM is an API for XML and HTML documents. Though, angular uses the regular DOM. This helps in updation in the entire tree rather than separately changing any one.

When the data is automatically synchronized between the model and the view components is known as Data Binding in Angular. It works as whenever the model changes the view automatically changes and it works vise versa to it as well. Even Angular is accessible for two way binding.

Angular allows you to write various test cases through its vibrant functionalities. The testing framework used by Angular is Jasmine Testing Framework. This texting framework also works in configuration of the file, start-up, reporters etc.

Though, as you have got a gist of What is Angular and its relevant features. Now it gives you a brief idea about Angular. But It doesn’t sums here Angular as a development service contains various other elements such as TypeScript, SPA, forms, dependency injections, Bootstrap Grid System, observables, etc.

But moving further with that first we need to encounter Angular Architecture. We will look into that in the next blog.