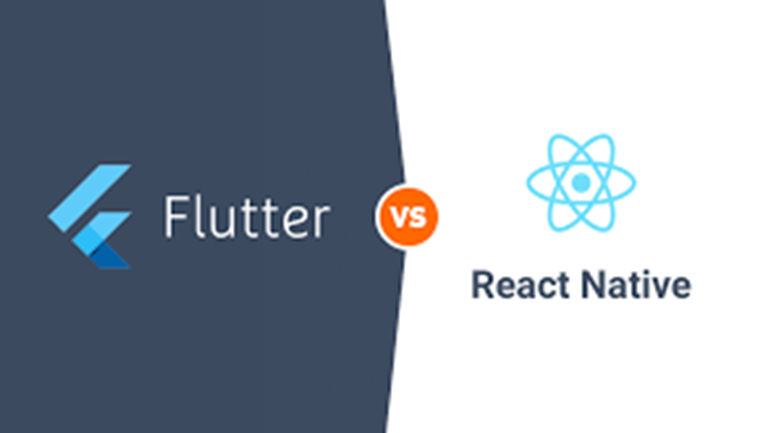 Do you want to get the best mobile development solution and to develop your app more quickly and with ease? Want to reduce the cost of development on cross-platform development. But do not have an idea of which technology to choose?

Here we got you the solution by comparing the two best market technologies of cross-platform development the Flutter and React-Native from the developer’s perspective. This will help you to gain an insight into what to choose for your mobile development.

So, first foremost we understand what these two technologies are and what they are best in.

Flutter is a cross-platform development framework to develop natively combined apps across mobile apps, web, and desktop from a single codebase. Development on a single codebase is the luxury that flutter provides to the developers.  Flutter is officially released by Google in 2018. Recently, in May 2018 Google launched a newer version of Flutter its Flutter 2.2.0

What is React Native?

Let’s look deep into the pros and cons of both frameworks and try to get a better understanding.

From a developer’s viewpoint, Flutter offers more powerful – and quicker – app advancement. It is probably the best thing about Flutter, appreciated by each top mobile app advancement organization. Developers can make changes to the codebase on-the-fly, and see them promptly reflected in the application. This is the Hot reload component, and it normally takes (milli-)seconds for changes to show.

The element assists groups with adding highlights, fixing bugs, and investigating with novel thoughts in a moment. Furthermore, Hot Reload is extremely helpful with regard to the developers-designers joint effort.

With Flutter, developers can compose only one codebase for two applications – covering both iOS and Android platforms. Flutter is a platform-agnostic as it has customized widgets and designs which help to access the same app on two platforms.

Flutter doesn’t depend on native framework segments. Flutter has its own customized designs and widgets. This is all because of the user-friendly UI which helps in this development. One of the main aspects of Futter development is its customizable widgets which allows customizing the existing widget and to develop the new one.

In order to develop MVP (Minimum Viable Product) for an application. MVP helps to showcase the product to the investors and works effectively to get a better insight into the product. Flutter is the one-stop solution to develop MVPs.

Mobile applications developed from Flutter are supported on all devices. This means that the mobile app runs on the older devices of iOS and android effectively without any hindrance. You do not have to worry about running the applications on older devices.

Flutter apps perform tasks frequently and quickly – without hanging. The reason behind this is the Flutter utilizes the Skia Graphics Library. On account of this, the UI is redrawn each time when a view changes. The vast majority of the work is done on GPU which helps in smooth UI working conveying 60fps (frames per second).

The redrawing while developing can create bugs while using the app. Redrawing the entire view rather than simply those components that change, can influence the performance and speed of the application, particularly on the off chance that you need to reload the view frequently.

The majority will advise you: a vital benefit for React Native over Flutter is its more settled, more experienced developers. And even the flutter uses dart language which is not widely known, even JavaScript is broadly utilized and known. Flutter developer’s community needs time to establish as DART language is the biggest hindrance in performing tasks through Flutter.

Noteworthy, the libraries and the backend support are impressive but are not that rich as a native framework. Google’s support for Flutter is great, yet Flutter is still very new. This implies that you can’t generally discover the functionalities you need in existing libraries, so your developers may have to construct custom functionalities by themselves, which takes extra effort and time.

Even Flutter is written on open-source and if Google chose to pull support for the project then it will be a big issue. That said, since the Google group delivered the Beta form of Flutter, it has just increased its endeavors, as outlined by Flutter’s role during Google IO ’19.

Applications framed on Flutter are relatively bigger in size than native. The bigger app size may be an issue to run on various devices.

Basically a similar feature as Flutter. Hot Reload speeds up the improvement interaction by permitting a developer to infuse new code straightforwardly into a running app. In this way, a developer can see changes quickly, without modifying the app. Hot Reload additionally holds the application’s state, staying away from the danger of losing it during a full reload which is accelerating the mobile app advancement measure much further.

This is also similar to Flutter: compose a single codebase to control 2 apps – covering both Android and iOS platforms as a cross-platform developer. The React Native libraries provide a distinct variety to develop the application by creating codes for the different platforms. The libraries such as React Native for web, RectXP, react-native windows, etc.

It utilizes a popular mainstream language JavaScript, a programming language that has numerous well-known developers while Dart is yet not really broadly known or utilized. This is one of the biggest advantages of the React Native framework as it has a lot of well-known writers who can efficiently perform tasks on the native platforms.

React Native allows developers to fabricate cross-stage apps. It provides developers the way to make decisions with respect to perform various tasks. The benefit is that React Native permits the developer to choose decisively what arrangements they need to utilize; both as per the task’s necessities as much as the developer’s ease.

5. Easy to learn and comprises a vast community

Respond Native has a huge developer community. Yet, there are innumerable instructional exercises, libraries, and UI structures that make it simple to get familiar with the innovation which helps in speedy and simple to perform tasks. Even though it is easy to learn. Even the react developers can easily work on this. The developers utilize mainstream React arrangements, and can undoubtedly work with React Native, without learning new libraries.

React Native supports only some fundamental segments out of the box. It has limited the changes as the developer can utilize components in a project however which requires extra exertion and time. Though the Flutter is designed to help in customizing elements, the system upholds significantly more gadgets. It saves time. A developer utilizing Flutter can make better perspectives from developed widgets that are effectively adaptable and customized.

2. Opportunity to take a decision

This works both ways as an advantage and disadvantage for a Native developer. While creating a new project a developer needs to decide various aspects including a navigation package and which global state management to use. It usually takes a lot of time to understand the variations of each solution and to choose the best one out of them.

The React Native uses native components in such a way that after the UI update the components in the app will be immediately upgraded. In some instances, this can break the app’s UI however it happens very rarely. What’s more terrible, updates can turn out to be considerably more hazardous as they can key to change the Native components API.

While with regards to Flutter the app UI is significantly more steady. Though, because of the manner in which the system recreates the native components itself.

In respect to this comparison between React Native and Flutter, we have gone through various aspects containing the pros & cons of both frameworks. The comparison come upon some significant points:

Even both Flutter and React Native is doing great as cross platforms. At last, it depends upon the developers to choose its platform for development. And on the client’s preference.