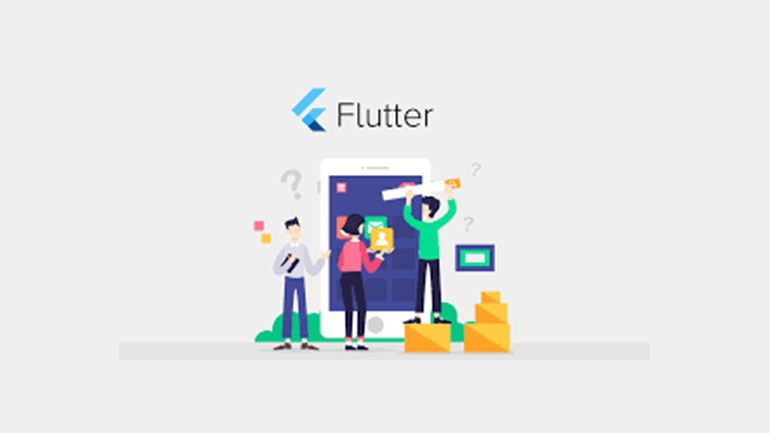 Flutter is a new-age app development UI toolkit to build impressive UI’s with native performances from a single codebase. With the introduction of the flutter 1.22 update, it is emerging as the most preferred and a favourite toolkit for developers. Even this update carries Flutter app development services that make the development much easier and a handy experience for the users.

The framework of flutter complements all Product ideas irrespective of the space it provides with all the technical assistance. The best thing about flutter is that it provides customizable widgets to build the native interfaces in a couple of minutes or even less than it. It also integrates all the platform tools to work simultaneously avoiding differences. Its fully customized layered architecture renders flexible and expressive designs. The use of Dart native compilers makes the working more smooth.

Planning an outstanding user interface is pretty much as significant as inserting highlights inside your Flutter app. The incompetent interface results in a client loss due to the confusion in navigating the application. To design an awful interface one can look into the end-user perspective,  consistent designs, and an effective colour balance. Flutter builds native mobile applications which results in a potent and appealing performance.

In contrast to the other cross-platform apps and hybrid technologies, flutter does not need to build a bridge to integrate the native components. The rendering system of flutter makes it all easier and simplified. Though, it undergoes four steps to render the apps

Flutter widgets provide native performance for both iOS and Android frameworks and assimilate various platform differences including scrolling, fonts, icons, and navigation. The widgets were built in modern parameters taking inspiration from the native.

One of the most important aspects of Flutter’s design system is widgets. In Flutter, almost everything is a widget—even design models are widgets. Basically, everything that we find on an application is a widget such as the images, icons, and text. Even the things that you don’t see are also widgets such as the grids, arrows, columns, constraints, etc.

It has solved the problem of developers where they need to use multiple codes for different platforms. But with the single codebase feature Flutter has come up with the one-time approach. The single-time coding made it easier for the coders to develop the mobile app for iOS and Android operating systems.  Though, this codebase releases the hectic workload of developers and makes it easier for the users to perform tasks.

Flutter uses DART programming language which is basically a single-purpose language and provides luxury to the developers to simply understand. The language can be accessed by any level programmer to grab and work. Though, one of the impressive aspects of the dart is that it is not limited to only mobile application development though it is extensively used for desktop apps, servers,s and developing apps.

Due to easy setup, customizable widgets, and the single-purpose language flutter creates a healthy framework that is easy to maintain. The single codebase helps in maintaining the app rather than other development platforms with an effortless development process. The hustle created in the development process is not possessed by Flutter.

Flutter helps to validate the ideas in the market which is a positive point for the startups to capture the market and showcase their projects. MVP is a Minimum viable product strategy, which is basically a scratch version of your mobile application including all the unique features of your app which is offered to the imminent users to check what they feel about the new offering. The concern of the offering and this strategy is to know the feedback and get to its development according to the reviews. Simply, MVP is a one-stop solution to showcase your idea, explore solutions and problems, gather feedback, rectify the backlogs, and identify market needs.

Flutter is the need of the market

Ending to the point that with the feasible services flutter is getting developers as well as market attention. With the single codebase and the MVP features Flutter easily delivers the best mobile application ideas to the market prospects. Where the needs of the clients are showcased, the backlogs are rectified and the delivers the best in-hand experience. If you have any queries about Flutter app development services feel free to contact Appic Softwares.