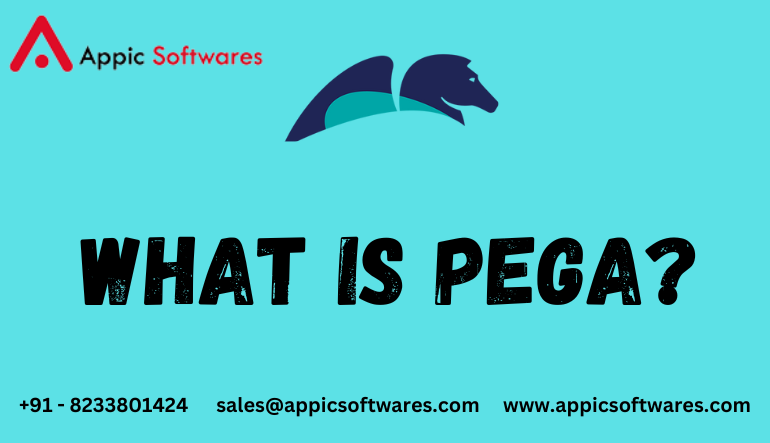 INTRODUCTION  PEGA is an American software company which is based in Cambridge and was founded in the year 1983. The founder of the company is Alan Trefler. He is a billionaire businessman and a very famous chess player. He has also won the world-open chess championship. He made his company public and in 1999 he became the CEO of the PEGA company with a 52 per cent share. His net worth in 2013 was 1 billion.    In 2017 he appeared on the Forbes billionaire list for the first time. Pega is a low-code platform for workflow automation and AI-powered decisions. The company has 41 locations and its headquarter is in Cambridge. The company will have 1.21 billion by the year 2021. The number of employees working under it is around 6,133.    IT'S WORK.  Pega systems develop and support software for customer engagement. Pega specialises in BPM and CRM. BPM stands for business process management. This means discipline in which people use various methods to discover, model, analyse, measure, improve, optimise, and automate business processes.    When a company uses any combination of methods to manage its business then it is known as BPM. Whereas CPM stands for customer relationship management.    It is a process in which a business or other organisation administers its interactions with customers, typically using data analysis to study large amounts of information. The company’s core software product is the Pega Platform, part of its Pega Infinity suite of applications for customer engagement and digital process automation, which are designed to connect customer interfaces with back-end process automation.    The company application is certified to work with many companies like google cloud, Microsoft, and Amazon. Various Kubernetes environments are supported. PRPC Known as Pega RULES Process Commander was related to BPM till 2013.    NEW APPLICATION  In 2016 the company announced CLM which means Pega Client Lifecycle Management application. The company introduced artificial intelligence so that it can meet with multiple communication channels at once.    The company’s low-code development platform was highlighted in a 2018 Wall Street Journal article. The company's core product is the Pega Platform, which is a part of its Pega Infinity suite of applications for customer engagement and robotic process automation.    In 2020 when the world was affected by COVID-19 at that time the company introduced a new application to the financial institutions which held small loans to easily get loans so that they get financial relief during COVID. In 2020 the Pega system helped many companies like commonwealth Australia bank and also the Bavarian government to manage the issues which were caused due to COVID-19.    Pega’s Voice AI and Messaging AI analyse live customer service conversations in real-time to help service agents resolve service requests with reduced manual effort.    PRODUCTS AND SERVICES  Pega system has specialised in many industries the following industries are  financial services  insurance  life science  health care    Government manufacturing, high tech, communication, media energy and utilities. The core area of the company includes the Banking and financial sectors while the more recent area of it includes life science, manufacturing and healthcare.    As of 2013, other clients included “largely Fortune 500 companies” such as ING, Lloyds Banking Group, BAA, and the state of Maine, which were commissioned to create a BPM system to cut administrative costs. By 2014 other companies also started using Pega CRM software. The companies are PayPal, Cisco Systems and Philips. BNY Mellon announced they would be integrating Pega into its operation.    COMPANIES TOOK OVER OR IN PARTNERSHIP  In 2017, Global business insurer QBE began using RPA software from Pega systems to automate processes and reduce employee workloads. Ford Motor Company began using Pega systems’ low code/no code platform for citizen development. Johnson & Johnson which is one of the known and famous brands have developed their ClinApp built on Pega systems’ Infinity suite of applications.    In 2010 March Pega systems acquired an enterprise software company named Chordiant which was worth about 161.5 million. The acquisition gave Pega systems access to new markets such as online training, telecommunications and healthcare, with Pega systems integrating Chordiant and its customer relationship management technology into its working management.    In 2012 Pega cloud system started using Amazon web services. And in October 2013, systems acquired the mobile application developer Antenna Software which was worth around 27.7 million.    ACHIEVEMENTS The company hired a cloud technology company so that it can develop its own cloud technology strategy. Over many years Pega has invested a large number in North America and India to support its cloud services. In 2016 system announced training and certification on the Pega 7 platform for educators and students. In 2019 the company bought The Chat which is a digital messaging platform.    Since March 2020, Its systems have sponsored the Boston punk band, Dropkick Murphy. In 2020 when COVID-19 hit all over the world the company launched a new application in a new way to help others. In 2022 the company acquired Inflow which is a mining company in Brazil. This Brazilian company would help the Pega system to process its mining and hyper-automatic goals.    CONCLUSION In conclusion, we discussed the Pega system's history and its founder. We also talked about the new application which was brought by the company in the last few days. How the company helped others during the time of pandemic when the world needs high support from finance. We also talked about the partnership which Pega made with the other companies. That’s it! I hope this blog was handy to brief your knowledge on PRGA and if you have any queries about this blog feel free to Contact us.
Read More