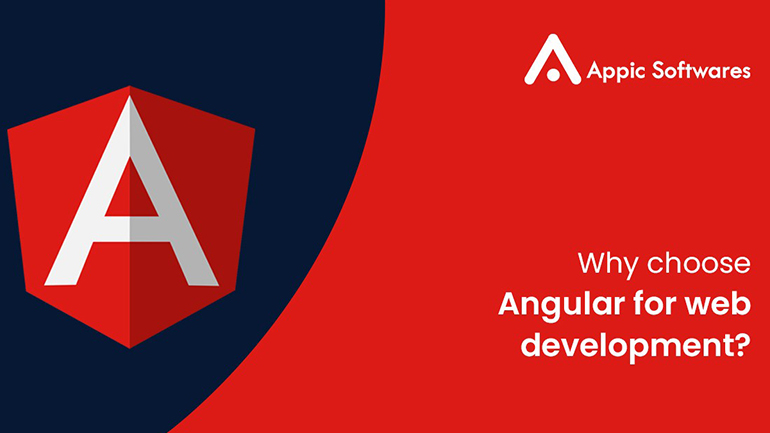 Angular is one of the best javascript frameworks for frontend which leverages various services and works exponentially in support & maintenance.

Angular has real-time app testing accompanied by a Jasmine test framework. Even Angular throws various other advantages which attract enterprises and large firms to build their websites on Angular. Some of the major advantages of Angular are:

With these advantages, Angular has been the first choice for frontend web development. But ‘why is angular preferred mostly for heavy and bulky websites? What is the uniqueness of Angular that it works smoothly with heavy servers and traffic?’

To know this deeply. First, you need to understand what single-page web applications are?

How do Single Page web applications work with Angular?

Angular works on a single web application that leverages functionalities with a faster reload framework. The single-page web apps are user-friendly as they rewrite the current page and avoids the loading of the entire page again from the server. This helps in faster reloading and provides a better user experience. It leads to responsive web applications and a mass attraction.

Choosing Angular as a frontend web application is one of the best choices. Because it delivers the best user experience and it works very conveniently. The foremost reason to choose Angular is because of its single-page web app framework. It makes the functionality and improves application performance.

Here are some of the top-performing websites which are market giants and are working smoothly for years. Its foremost reason is that Angular can easily handle crowds and can efficiently without the need to refresh the whole webpage. The web apps are;

Angular is a convenient frontend framework to get good traffic on the web app and even to manage its traffic. Angular does not send extra queries to the server, it has a single-time file load irrespective of the language such as HTML, CSS, JS. Angular works on the fast and responsive front end. We at Appic Softwares best Angular web apps. Hire our developers to build the best web apps.