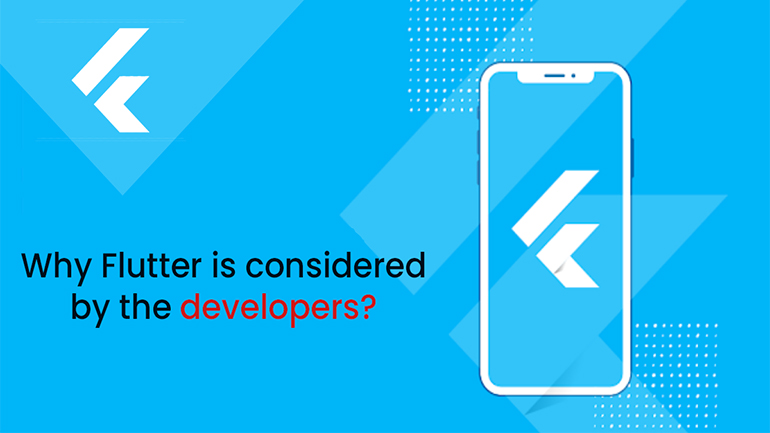 It is a cross-platform open-source UI toolkit, a hybrid app development framework that is basically designed for the front end but helps profoundly in the backend.

While planning to develop an application mobile app developers find it easy to develop diversified mobile applications on flutter. With the growing market and increasing on-demand applications by enterprises, the need to develop applications smoothly and fastly is rising. Though, with the rising popularity of Flutter, it has become the developer’s preference. What makes developers fall for flutter as a one-stop solution to create a hybrid mobile app? Let us check this out in the blog.

Flutter being a complete UI toolkit assists developers to develop the best mobile applications with hybrid services such as icons, typography, and scrolling. Flutter uses Google’s language Dart so designers acquainted with languages like Java or JavaScript can rapidly learn and comprehend this language. Though, flutter dart greatly serves developers. Let us get a deep understanding of how flutter is considered by developers?

1. Use Of Dart Language

Even the Flutter framework is employed with diversified and a wide variety of plugins which confronts developers to go through a smooth app development process with ease and comfort.

While developing an application on various platforms, testing is the major step in the app development process. Though, testing is crucial to encounter the defaults and the lacking in the performance of applications on multiple platforms. When the application is developed through a cross-platform development framework, it ensures effortless testing and compresses the testing efforts. Cross-platform applications are written on a single codebase. This helps in easy and faster testing.

The MVP development in Flutter is generally fast which allows flutter developers to develop versatile mobile applications with ease. Flutter SDK accompanies the least coding which helps flutter developers to employ less time and effort. Thus, the Flutter app advancement cost, particularly for MVPs, is altogether diminished which is also a winning sign for the startups. Though, for the development of MVP developers do not need a heavy system to build the app they can usually coordinate with a simple arrangement as well.

Flutter is Google’s in-house toolkit and has the potential to develop the best application, even most mobile development companies around the globe prefer flutter. Given Dart Language, it has the potential to be grabbed easily with an easy learning framework. Though developers with experience in Javascript, Java, and C++ can quickly get into writing the language. The luxury for developers to use flutter is they can assist them throughout the process in a limited time and half of the effort. This also employs startups to reduce their investing cost.

To develop the best flutter app you can reach out to Appic Softwares. Our dedicated flutter developers work to develop the finest application for you.